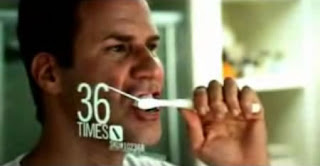 All of our lives are stories and we are the hero of our own stories. That is what I took away with me after reading Joseph Campbell’s book The Hero with a Thousand Faces. That is also what Harold Crick, played by Will Ferrell, learns in the movie Stranger Than Fiction.

Stranger Than Fiction tells the story of Crick, a man who lives a lonely and monotonous everyday existence. He is an IRS bean counter and his preoccupation with numbers and counting rules his life. He counts the strokes as he brushes his teeth. He counts his steps to the bus stop. He calculates the relative percentages of liquid soap remaining in a restroom’s dispensers. He even calculates the odds of his making a fool of himself as he talks to a woman of his infatuations aboard a bus. (And these calculations are cleverly illustrated for us by little graphics superimposed over the scenes with draftsman-like precision that I’m sure would meet Crick’s approval.)

Of course, a story wouldn’t be a story unless something happens that upsets things, and upsetting things is obviously especially upsetting to a man like Crick. So what happens that Crick finds so upsetting? (Have I abused that word enough to make my point that Crick finds an intrusion on his life upsetting?) He begins to hear the voice of a woman describing his actions. He starts to notice his every action is the subject of a constantly nagging omniscient narration.

At first, Crick reacts to this voice in all the ways one would expect in a movie with Ferrell contemporary Jim Carrey. (Stranger Than Fiction often reminds of Carrey movies from Liar Liar to The Truman Show and I suppose it would have worked just as well, maybe better, as a Carrey vehicle.) Crick talks back to the voice as bystanders ogle him as a raving lunatic and when the voice refuses to appear on cue, he smashes a lamp in hopes of hearing his crazed actions narrated. Happily though, the film takes a more promising turn leading Crick into the hands of an English professor played by Dustin Hoffman in one of his best character roles in ages and on a journey to learn just what sort of hero he is in this story of his life.

(Now, I’ll share a bit of honesty. Some stories require a certain leap on the viewer’s part to buy into their concept. And Stranger Than Fiction has a concept that took me two viewings to accept. It is actually constructed as two parallel narratives: the one I’ve described involving Crick and one involving a novelist, Karen Eiffel, played by Emma Thompson. Hers is the voice Crick hears. His story is being written by Eiffel as she struggles through her latest tragic work of fiction. That these two stories – of an author and the character of her story – merge together in the same reality was something I found just a bit too cute, too contrived. Then I came around and took it as a poetic expression of Eiffel’s Crick becoming so real for her that he – you see where I’m going – became really real for her.)

I don’t wish to give away much more in the way of story details. That might spoil the fun. But I’ll share some thoughts. Campbell wrote in The Hero with a Thousand Faces that all stories across all cultures are amazingly similar. They all introduce us to a character in his normal world; they put something in his path that gives him a reason to leave that world; after some reluctance, he leaves the familiar for the unfamiliar; he meets a series of mentors and learns some lessons; he is faced with challenges that ultimately kill him (usually not literally); and he is reborn as something different, possibly better. He is then free to return to his normal world to find that his changes have altered the very weaving of how he fits into that world’s fabric. Keep Campbell’s ideas in mind while watching Stranger Than Fiction, or any movie for that matter. I do think though that Stranger Than Fiction is more about this hero’s journey than merely following it.

The movie also explores the different types of hero – specifically comedic versus tragic as if toying with Ferrell’s familiar on-screen persona – and makes some fascinating observations about how a hero’s story is affected by his knowledge of his own future. Crick and Eiffel do meet in the movie’s pivotal scene and she shares with him the final pages of her “finished” novel. How he reacts to being offered this almost forbidden knowledge and what it tells him about his destiny draws clear parallels between Stranger Than Fiction and the greatest story ever told. At the same time though, it shows that we play an active role in the writing of our own stories, nothing is predetermined and everything can be re-written.

Ultimately, what surprised me about Stranger Than Fiction was finding myself in a Will Ferrell movie that snuck up behind me and replaced the over-the-top goofiness of Ferrell running around a NASCAR speedway in his underwear with a religious inquiry into the conflict between God’s plan and human initiative while still keeping things goofy enough to be fun and without a hint of the pretentiousness that could have so easily been the result.

I’m happy to say that Stranger Than Fiction is the rare fun movie about a meaty topic.
Posted by Todd Ford at 7:05 AM