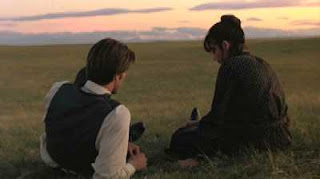 My first time to attend the series - Loved It!

It's nice that you usually include an older film.

All good except the last. It should never have been shown.

Good series but would like more foreign films that have more depth - less kiddy movies.

Not into animated films but liked the rest.

I don't like subtitled films. Hard to keep up.

I would really enjoy some comedy. I need a good laugh.

Great movies except the last one which was pointless and awful.

I'm so glad we have this in Bismarck! I would like them to all be foreign films.

Animated ones were not at all enjoyable.

Great. Can't wait for next season. Cinema 100 has made my stay in Bismarck enjoyable.

I always enjoy these series - no matter the movie. A great way to be exposed to the good/bad of our world.